Impacts of Dementia in Communities of Color

Dementia affects the lives of millions of people in the U.S., but it disproportionately affects minority groups, especially Latino & Black communities. Stories of family caregivers of color are rarely given the spotlight. Here we talk with some of these caregivers as well as a leader and expert on this topic from UsAgainstAlzheimer's. This organization makes it their mission to help millions of families find the care and advice they need to navigate the dementia caregiving system.

Dementia Affects People of Color at a Disproportionately High Rate 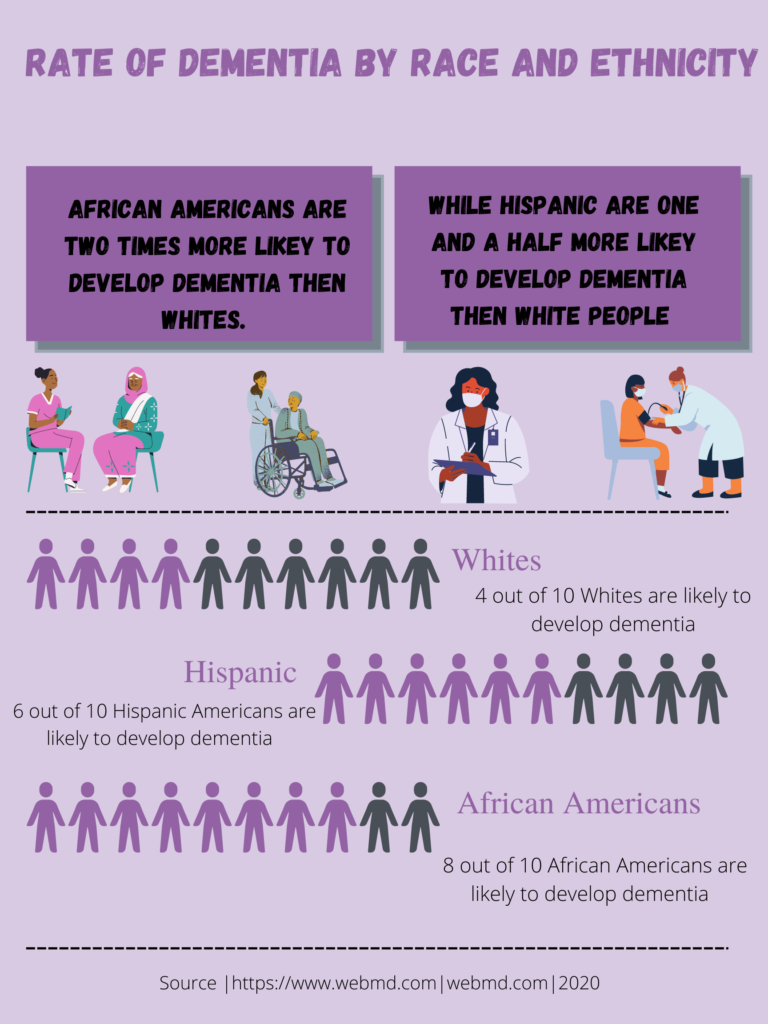 Latino and African Americans are also more likely to have cardiovascular risk factors which contribute to the risk for Alzheimer's and related dementias. In addition, they are at greater risk due to certain social determinant factors like the lack of access to nutritious foods, exercise opportunities, high-quality educational opportunities and financial security. Over the course of a lifetime, these factors have a cumulative impact. They can negatively affect a person’s overall brain health.

In his leadership role, Resendez works to advance the organization’s mission, which is focused on addressing the impact of Alzheimer's, particularly on Black and Latino women. He is passionate about raising awareness of the prevalence of Alzheimer’s and educating people on the condition.

“We do it through data innovation and analysis,” Resendez said. “So developing heat maps, for example, where Alzheimer's impacts Latino and African-American communities. So we can identify hotspots and ensure that we're directing resources and messaging and advocacy in those areas.”

Once the organization raises awareness in these hotspots, its resources are directed toward advocacy. “We do policy and analysis and then advocacy to drive system change, whether that's in relation to research access, or policies like paid family and medical leave, that could support the dementia care community, particularly those communities with the least resources,” he said. 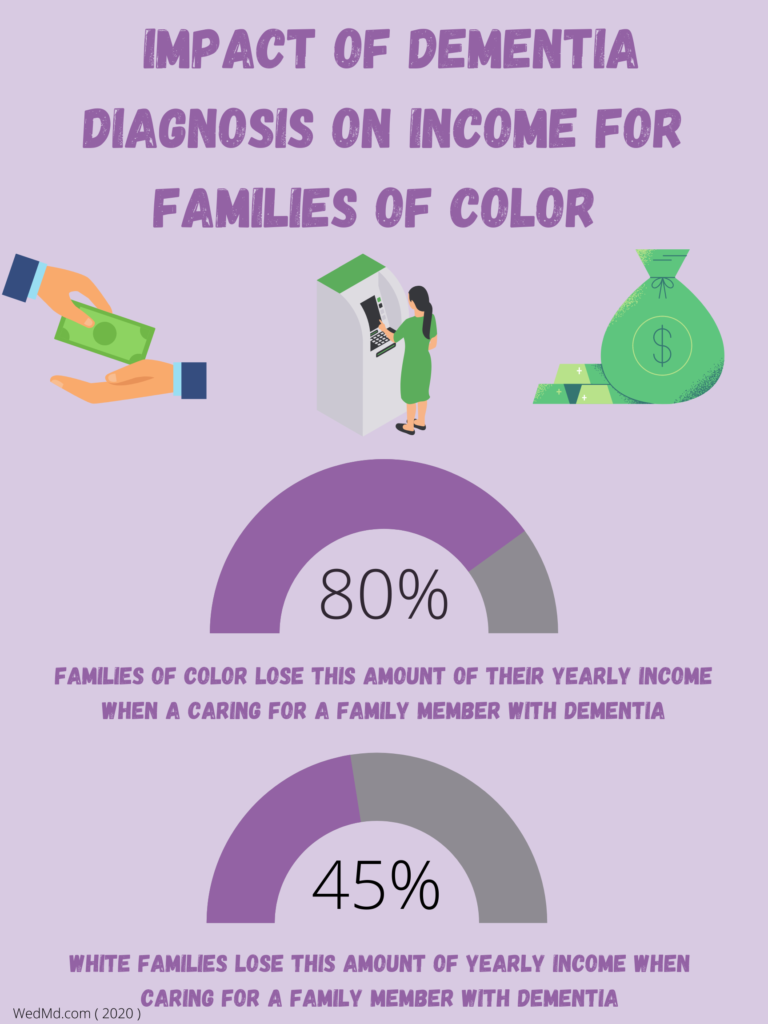 UsAgainstAlzheimer's contributed $300 million toward an increase in federal funding for Alzheimer’s research at the National Institutes of Health. The organization relies heavily on its supporters to advocate for those who cannot advocate for themselves.

The following percentage of people from communities of color have Alzheimer’s or related dementias and are on Medicare: 14 percent of African-American adults, 12 percent of Latino adults, and about 10 percent of White adults. As is evident, Alzheimer’s disease disproportionately impacts people of color in terms of the number of people living with the condition.

Alzheimer’s itself is a progressive, cognitive brain disorder that affects the memory as well as other mental functions. It typically begins later in life and severely deteriorates a person’s cognitive abilities the longer they have it.

People living with advanced stage Alzheimer’s disease require constant around-the-clock care. They are completely dependent on the people around them as they forget how to do every day things like cook, clean, shower, and so on. It is also quite dangerous for them to venture on their own outside of their house, so all out-of-home activities need to be completed by their caregivers as well.

Caregiving can be an emotionally and physically demanding job for the caregivers involved. That's why many would consider family caregivers to be “the invisible second patients” as they are also affected by this disease indirectly.

For family members like Dawn Crawley, an African-American dementia caregiver for her father, the experience has been very challenging. 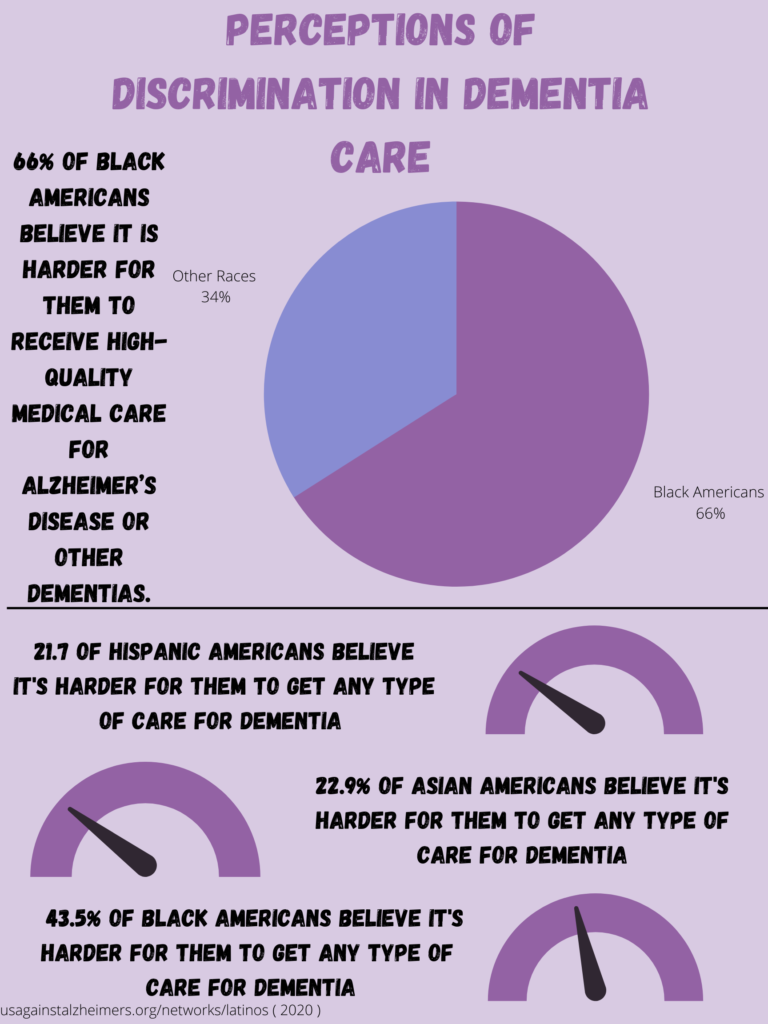 Christina Montes is a Latina woman who has been a paid caregiver for over 20 years. While not a family caregiver like Crawley, Montes has still felt the adverse effects of being in this field first hand. “It can be pretty draining at times. Mentally, you have to prepare for the job. I would say emotionally because sometimes you get attached to some other clients than you do with others,” she said.

“It's stressful,” Montes continued. “Sometimes it's hard to not bring the worry to your home because you're thinking about how they're doing or whether they're still sick. It's a worry, it's the constant worry. It does take a toll.”

Alzheimer’s is a disease that not only affects the person living with it, but everyone involved, such as caregivers like Crawley and Montes. The impacts are mental, financial and physical. UsAgainstAlzheimer’s is working to spread awareness on the disproportionate rates of the disease in people of color as well as the devastating effects it also has on caregivers and loved ones.

Studies show that dementia is more prevalent in people of color. In this audio story, Jason Resendez, an Executive Director of USAgainstAlzheimer's and Dawn Crawley, an African American caregiver to her father, talk about the emotional stress of caregiving and how people of color are less likely to use the resources they have available.